My Mommy and Daddy kept telling me how special I am, so while I was enjoying one of my well deserved ‘Siësta’s‘ I came up with the bright idea to start writing my story!

Lets start from the beginning!

I was born in the Spanish campo in between Alora and Pizarra. I lived here for almost a year. It was nice waking up in those beautiful surroundings but I had nobody to take care of me! 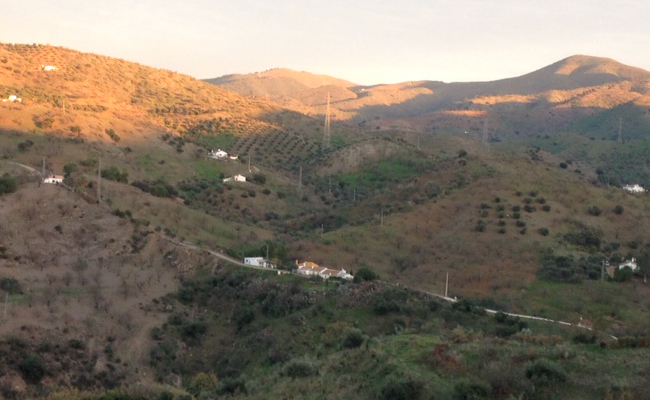 Anyway, I had quite a nice time, roaming around in the Andalucian countryside, flirting with other stray dogs and chasing the cars that came past my valley.
I spent a lot of time dreaming and thinking about my future; All I ever wanted was to travel the world but that is a bit of an impossible job if you only have four tiny legs and no sense of orientation…. I realised that my goals in life were unreachable and that made me very sad!

But that suddenly changed! I will never forget the date; the 14th of December, 2015. Let me tell you what happened that day…
I was roaming around in the Campo as usual, when I saw two lovebirds having a picnic in my ‘backyard’. They looked friendly so I decided to say hello! I wanted to figure out what those two human creatures were doing on my property.
What started with some sniffing ended up incuddles and a proper lunch.
They shared their salami with me and let me drink water from the palms of their hands.
It was the best day in my life! 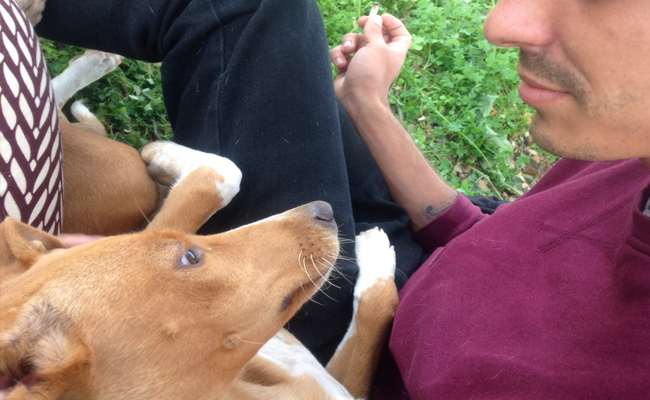 “Best cuddles I ever had!”

After an hour of quality time with this lovely couple, they started to pack their stuff because they needed to go. I realised that those two adorable creatures were the key to the life I always dreamt of so I decided to follow them! They even had those things on two wheels which made them move faster, I think they are called bikes?
I had to run really fast to keep track of them but after 10 minutes they finally stopped at a great white house. I had seen those buildings before but I had never felt welcome. As soon as I came too close the owners started to throw little stones at me to scare me away, so I was really careful!
They parked their ‘bikes’ behind the building and I was exploring the area when I picked up a familiar smell! The smell of other dogs! Why haven’t I meet those dogs before? Do they live in this building? I didn’t have much time to think because a big dog that looked like a cow came running in my direction, followed by a little brown furry dog. 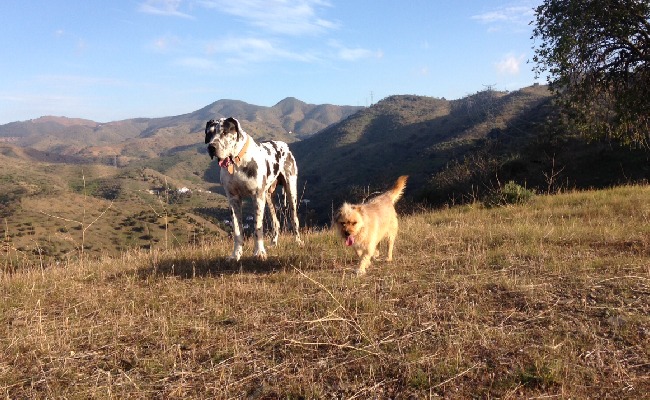 I pulled my shit together (excuse my French) and introduced myself. After an intense sniffing session they convinced me that this was a safe place to stay.
They told me that their owner (they called him “Andy Pandy”) was a really nice guy and that breakfast was even included!
What is this place? Am I still dreaming?!
I could not believe it, I had just arrived in paradise!

So after “Andy Pandy” gave me a nice dinner, I confiscated Dino the cow-like dog’s bed and fell a sleep. It had been a long and intense day! 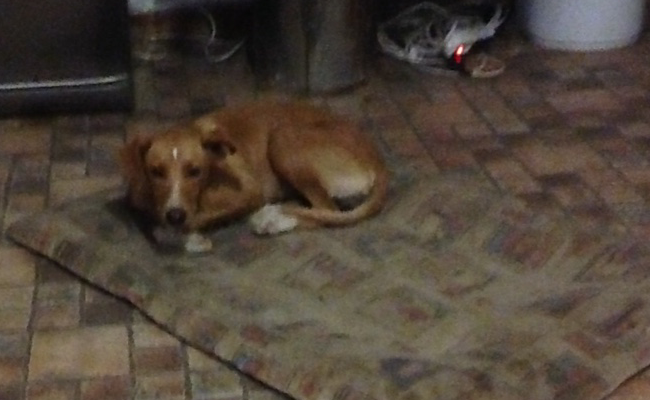 It was the best sleep I had ever had!
The next morning I woke up at 6 am and went for a walk with my new friends Dino and Billy. They showed me the area and we really got to know each other.

Around 10 am we arrived back at the house and I spotted the love birds sitting on the terrace. I joined them and we really had some fun. The guy, a Dutch fella called Jaro, almost choked in his coffee because it was cold and chunk for some reason ,and the girl, a Canadian ‘hottie’ called Charlie, spoiled me with some kisses! 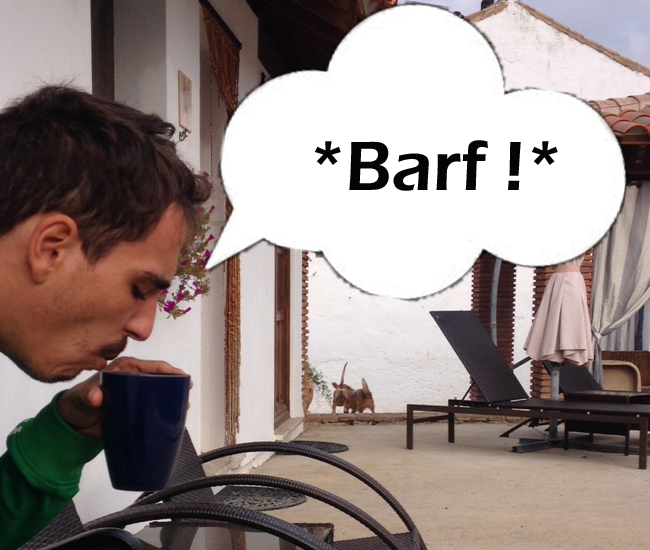 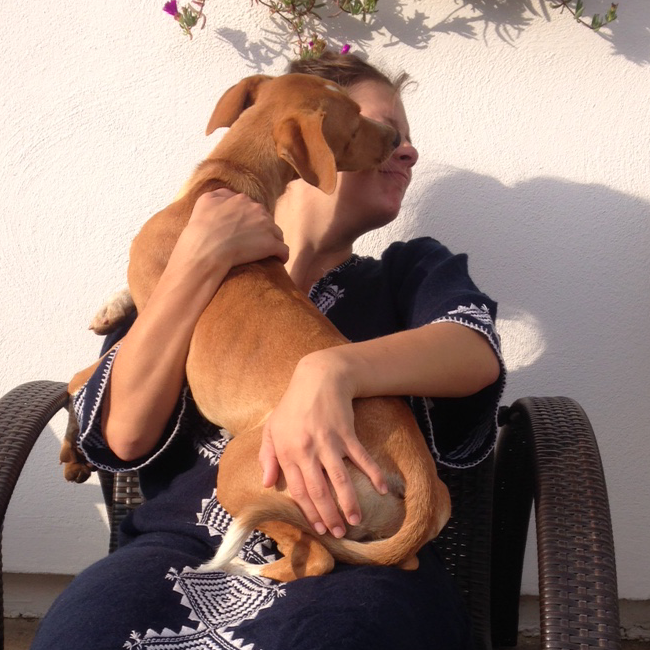 All good things come to an end! What I had thought would be the home of my dreams turned out to be just a temporary place to sleep.
But I decided to stay close to the lovebirds because they allowed me to sleep in their bed, took me camping, and played with me. Also, I was sure they were up to something… They spent so much time on their laptops and in their apartment! I thought perhaps they were looking for a home for me. 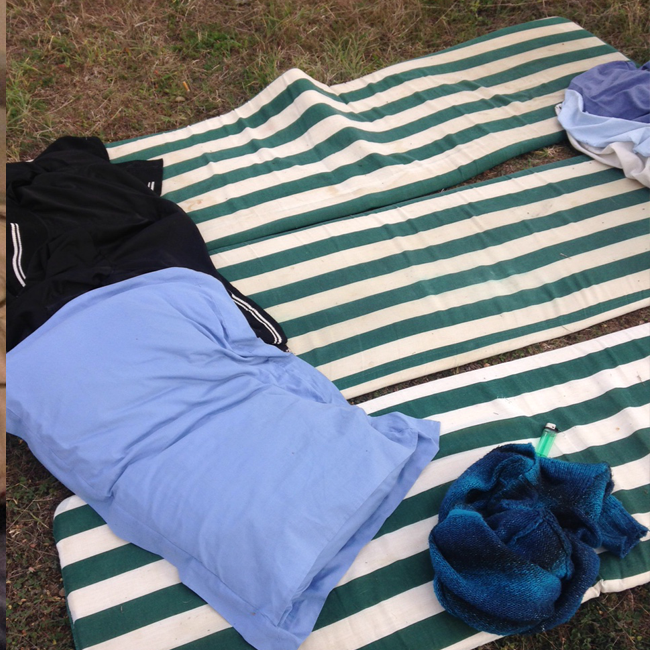 “Camping on the Mountain, Brrrr!”

“Waking up in a proper bed, lucky me!” 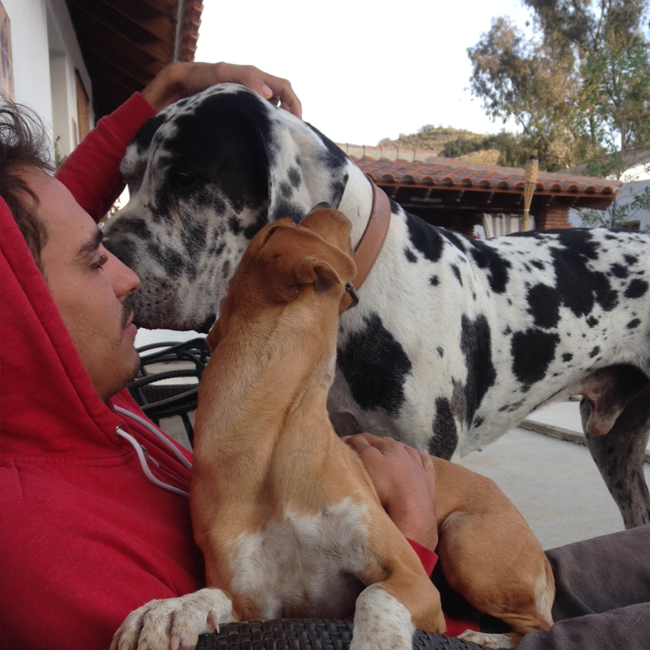 I wanted to stay with them so badly! But they were on their way to Morocco in only a few days, and I could not go to that country.

One day, they told me they had figured out a plan. They hadn’t found a permanent home for me, but they had found a nice lady who ran a shelter for stray dogs and cats. She was already full, but would make an exception for me, because Charlie and Jaro couldn’t bear the thought of leaving to Morocco knowing I was back in the wild, or worse…

Want to know what happened next? My paws are a bit tired at the moment but as soon as I am fit again I will continue writing my story!