What started with picnics and sundowners in beautiful fields ended with hot chocolate, almost a meter of snow and temperatures so low my mum couldn’t even handle it- even with all her Canadianness!

After a long and diffult trip, we finally arrived in Bulgaria for a 3 month housesit! I had a lovely doggy friend waiting for me there – Suzy. And five cats, only one of which actually liked me. Oh and fishies! The first weeks there were absolutely fabulous. The weather was nice and sunny, there were plenty of cow bones buried in the fields (yum!) and my mum and dad celebrated their 1 year anniversary! 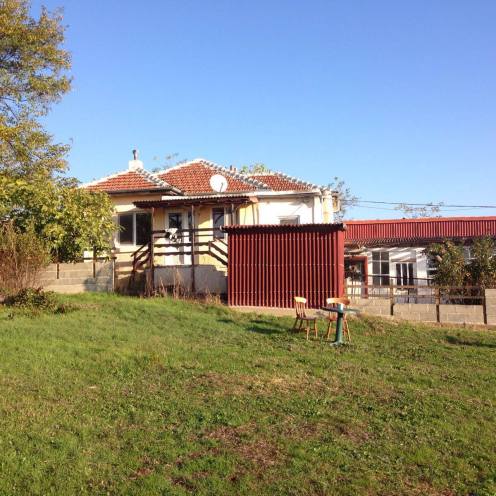 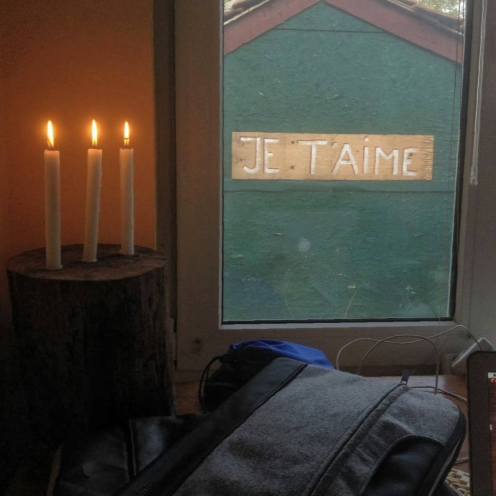 And there was more romantic news…

Mum and dad told their parents that they got engaged!!
They had made the decision to get married before Bulgaria, but they were thinking of eloping…

However, grandma Didi sort of sniffed it out of them (very insightful, that grandma Didi). So they changed their minds and  they told all the parents! The reactions were all very passionate. Grandma Didi started crying like a unicorn harvesting red onions.  Uncle Kaj ( dad’s little brother) – whom I had not yet met at this point – started laughing, but that could also be because of the pot – I heard they smoke a lot of pot in Holland!

So within the next few days, the Canadian family had a meeting to see which dates of the next year they were all commonly available to fly out to Holland. And so the date was set: 26 of may, 2017! That same day, mum and dad ordered their clothes for this special day online and they made plans for the event. Something with bicycles, canoes and pancakes…

Because we’d basically lived in summer weather for the past year, mum and dad were actually looking forward to some actual winter temperatures. And their prayers got answered!

In december, things started to change very fast… The temperatures dropped below zero, the sun showed her rays less often and the fireplace became the most important feature of the house! But still no snow… 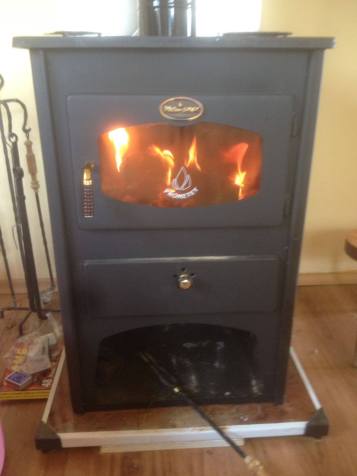 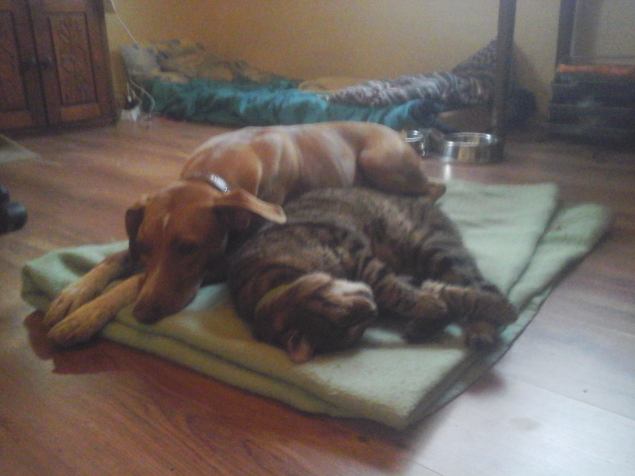 Mum and dad got a bit concerned because, let’s be honest: What fun is cold without snow? So time past and the three of us had a lovely Christmas, with a delicious buffet including huge shrimps, bacon rolled dates, a big big ham and much more! We went hiking, watched Disney movies, slept in front of the fireplace and went on more hikes. On the 1st of January, Mum and Dad decided to go back to work. And guess what?!

Snow arrived! On the night of the 31st, it snowed for about 8 hours straight and the ground was covered with almost half a meter of snow! 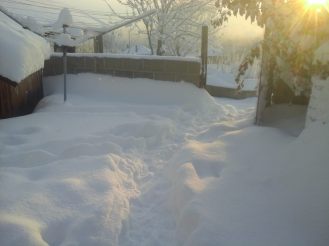 We could not believe our eyes! Especially me. It was my first snow ever! I felt like an ice cube even though I really enjoyed running through the white fields. We were all as excited as peeled potatoes in a frying pan! You can see me below running in snow for the first time, wearing dad’s failed attempt at a doggy winter coat.

But every excitement comes at a price. And what comes with snow, is freezing temperatures, constant loss of electricity, heaters imploding one after the other, and much much wood to chop in order to stay alive. Oh and walking 5 km in a meter-high of untouched snow to fill up the gas tank! We were facing temperatures of -20 C and it was absolutely freezing everywhere! We basically lived in the room where the fireplace was, even slept there some nights. Everything else was a danger zone. But it made for some intense life or death cuddle sessions – like cavemen!

We left our Bulgarian village on the 15th of January. It was a big trip by bus and train all the way to… HOLLAND! 2500 km in 3 days (that’s a LOT), but we were assured of a nice and smooth arrival!

Mommy and I had never met the Dutch family, but dad told us that they were as crazy as us so we could not wait to meet them!